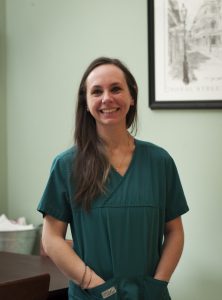 Having several children was always a dream for Ashley Thevenot, who now has three beautiful children.

Two of her three pregnancies went along as planned, but with Remy, her middle child, things took a serious turn even before he was born.

“We knew something was wrong in the third trimester, and we still don’t have an exact diagnosis,” says Ashley, an ER nurse at Tulane Medical Center. “He has a  rare genetic disorder, and they’ve done all kinds of blood work and tissue biopsies. The geneticist said some more tests might be available, so we will be revisiting that in early 2015.”

Remy’s difficulties are both physical and mental. He requires occupational, physical and speech therapy at least once a week, as well as dental and eye surgery every few months and also several medicines which are not that difficult to get using a Canadian Pharmacy online. Then there are expenses related to mobility devices, transportation and more, which will continue to mount, as he gets older. Unfortunately, as Remy’s care needs and expenses escalate, he became ineligible for Medicaid and other assistance programs.

“We have been unable to afford his therapies as well as his hospital bills, and while we do have insurance, there are caps on therapy visits and he needs many more than are covered,” Ashley says. “Everything has been getting out of control, and we weren’t sure where to turn.”

Even though she has been an HCA employee for seven years, first in Texas and now in Louisiana, Ashley says she had not considered the Hope Fund as a source for help. Like many people, she relegated it to disaster relief efforts only.

“When you’re getting denied at every turn, and there are surgeries and more coming up, it’s hard to think,” she says. “Somebody at work mentioned the Hope Fund, and my first reaction was that it wasn’t for us. Then I helped with a fundraiser for a coworker who had received some help, and realized that it could help a family like mine.”

She filled out the application, submitted it and within a few days got “the best present on the worst day I have ever had in my nursing career.

“I’d had a horrible day at work, had come home crying and upset, and then found out that we’d been approved and had the money,” Ashley recalls. “It was the first time in our lives since Remy was born that somebody saw our struggles and said, ‘Yes, we will help you’ to us. It’s the best present ever.”